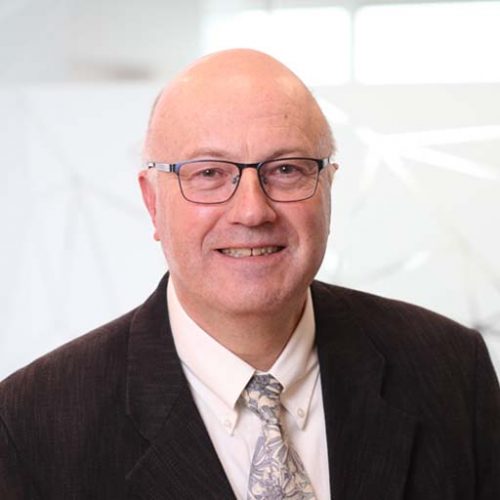 Chair of the Board, The European Innovation Council (EIC) for the European Commission

Professor Mark W.J. Ferguson is Chair of the Board of the European Innovation Council (EIC) for the European Commission. Previously (2012 – 2022) he was Director General of Science Foundation Ireland and was Chief Scientific Adviser to the Government of Ireland. He also served in Ireland’s response to the COVID-19 pandemic, e.g., as a member of NPHET (the National Public Health Emergency Team). Professor Ferguson was Chair of the European Commission Pilot Advisory Board for the European Innovation Council, a member of the Governing Boards of the Global Research Council and of the European Commission Joint Research Centre and a founding member of the Small Advanced Economies Initiative. He served on the EU High Level Group on the impact of H2020 and chaired international committees reviewing the Research and Innovation systems of Denmark, Hungary and Canada. Previously, a Professor and Dean of Biological Sciences at The University of Manchester (since 1984), he was co-founder and CEO of Renovo Group Plc. (1998 – 2011). Professor Ferguson is the recipient of numerous international research prizes and awards, including the 2002 European Science Prize (jointly), author of 329 papers and book chapters, 61 patent families, author/editor of eight books, supervised 77 PhD students and has been awarded over £70 million in competitive research grants and approximately £100 million in start-up company equity funding. He has contributed to a number of scientific films, documentaries, TV and radio programmes and held offices in 16 international scientific societies, including President of the European Tissue Repair Society. He has wide ranging research interests in cellular and molecular mechanisms in scarring and wound healing, developmental mechanisms in normal and cleft palate formation, alligator and crocodile biology including temperature dependent sex determination.

Professor Ferguson graduated from Queens University of Belfast with degrees in Dentistry (BDS 1st class honours), Anatomy and Embryology (BSc 1st class honours, PhD) and Medical Sciences (DMedSc), and holds Fellowships from the Royal Colleges of Surgeons in Ireland (FFD), and Edinburgh (FDS) and is a Founding Fellow of the UK Academy of Medical Sciences (FMedSci). He is a member or Fellow of a number of learned Societies and was made a “Commander of the British Empire” (CBE) by the Queen in 1999 for services to Health and Life Sciences.

Sessions in which Mark Ferguson participates