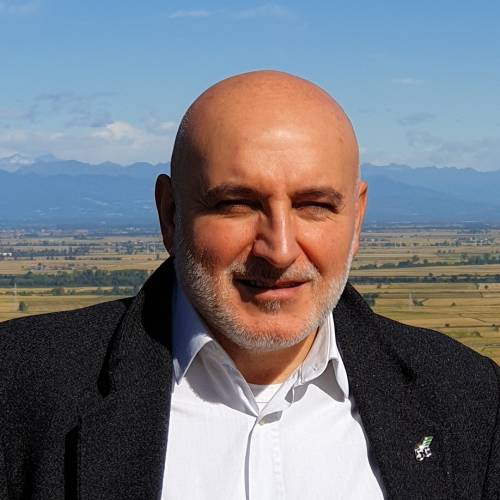 Enrico Scarrone, TIM, Chairman of the Steering Committee of oneM2M and Chairman of ETSI TC smartM2M

Enrico Scarrone joined the R&D division of TIM in 1992.

Participation and promotion of early studies on integration of IP and mobile cellular networks in 3G.IP and in 3GPP, has allowed him to stimulate the inclusion of all-IP solution and the IMS in 3GPP. He was involved in in several projects in technology planning and selection, testing, budget forecasts, RFI, RFQ in the mobile and FMC areas, developing a strong link between real networks and standardization/research.This includes technical consulting on mobile, fixed and IMS technologies in more than 15 countries around the world, in Asia. South America and Europe.

He was extensively enagaged in 3GPP (including SA and RAN3), and in particular in SA1, dealing with service and operational requirements mobile systems, where served as Chairman from 2006 to 2011. He was also deeply involved in the foundation of ETSI TC M2M (where served as chairman from 2011 and 1012) and he was one of the major key people stimulating the creation and perming the creation of oneM2M, in charge of developing a global multiservice system for IoT communications and Internet of Things.