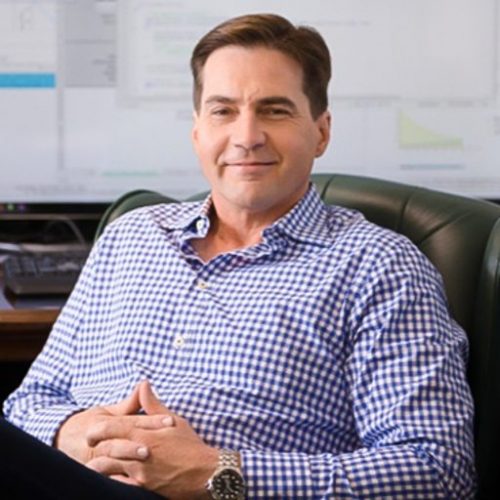 Dr Craig S Wright is an Australian/Antiguan computer scientist, businessman, and inventor, who challenges the world with visionary ideas. He is the creator of Bitcoin and author of the Bitcoin white paper under the pseudonym Satoshi Nakamoto. Dr Wright is one of the earliest minds behind what we now know as blockchain technology, and established nChain to unleash the technology and its intended purpose-now preserved in the form of the Bitcoin SV Node reference implementation and Bitcoin SV. As the Chief Scientist at nChain, Dr Wright oversees the scientific functions of the company, including basic and applied research projects and the development of new processes, technologies, and products. He leads a team of world-class blockchain engineers and researchers who strive to deliver cutting-edge solutions to global clients. Dr Wright has more than 25 years of experience in the fields of information technology and security. He has been a lecturer and researcher in computer science at Charles Sturt University, authored many articles, academic papers, and books, and spoke publicly at conferences on IT, security, Bitcoin, and other topics relating to digital currency. As one of the most highly qualified digital forensics practitioners in the world, Dr Wright has personally conducted in excess of 1,200 engagements related to IT security for more than 120 Australian and international organizations in the private and government sectors, including 15 Commonwealth states. Dr Wright has held senior executive positions with companies focused on digital currency, digital forensics, and IT security. Among his positions, he was the vice president of the Centre for Strategic Cyberspace and Security Science (CSCSS; www.cscss.org) with a focus on collaborating government bodies in securing cyber systems. Dr Wright also worked on systems that protected the Australian Stock Exchange, and has trained Australian government and corporate departments in SCADA security, cyber warfare, and cyber defence. In one of Dr Wright’s early sector focuses, he helped design the architecture for the world’s first online casino (Lasseter’s Online in Australia) and advised Centrebet on security and control systems. Many of Dr Wright’s research findings and publications continue to be presented at academic and business conferences. Articles which help explain some of the groundbreaking inventions and concepts can be found on here. Dr Wright has been granted the following industry certifications: GSE CISSP, CISA, CISM, CCE, GCFA, GLEG, GREM, and GSPA. He has several advanced academic degrees in diverse fields, including a Doctor of Philosophy (PhD) in Computer Science and Economics (thesis title: The Quantification of Information Systems Risk) from Charles Sturt University (completed in 2014; graduated in 2017), a Doctor of Theology (ThD) from United Theological College awarded in 2003, a master’s degree in Statistics, and a master’s degree in International Commercial Law. Dr Wright is currently a candidate for two additional PhDs: in Law at the University of Leicester in the United Kingdom and Applied Mathematics at the Conservatoire national des arts et metiers (CNAM) in Paris, France.

Sessions in which Craig Wright participates