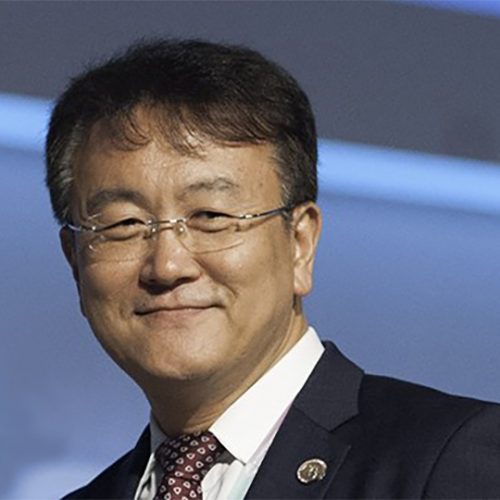 Chaesub Lee is the Director of ITU’s Telecommunication Standardization Bureau, following his election at the 2014 Plenipotentiary Conference in Busan, Republic of Korea. He took office on 1st January 2015.

He started his professional life in 1986 as a researcher at Korea Telecom. After 17 years he took up a role at the country’s Electronics and Telecommunications Research Institute (ETRI), where he stayed for the next eight years.
Most recently he worked at the Korea Advanced Institute of Science and Technology (KAIST), and as a senior advisor to Korea’s Ministry of Science, ICT and Future Planning (MSIP).

Within ITU Dr Lee served as Chairman of the ITU Focus Group on Next-Generation Networks (NGN) to address the growing need for international standards for NGN, including service requirements, functional architecture, mobility, security and Quality of Service (QoS). He was also Vice-Chairman of the ITU Focus Group on IPTV which worked to coordinate and promote the development of IPTV standards.

Dr Lee holds a PhD in Multimedia Engineering. He is married with two children.

Sessions in which Chaesub Lee participates