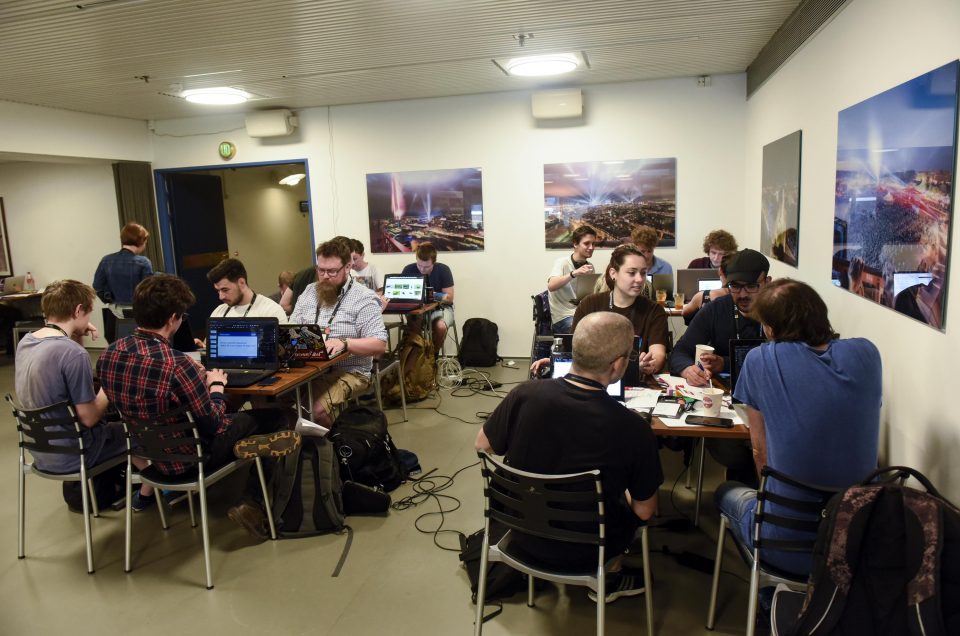 This year, the IoT Week hackathon attracted around 60 students, developers, designers and entrepreneurs intent on working on and analysing the ways in which IoT technologies are evolving, as well as new emerging technologies in the industrial market.

The topic of the hackathon were the United Nations Sustainable Goals, with main streams on goals 03 Good Health and Well-being, 06 Clear Water and Sanitation, 11 Sustainable Cities and Communities and 13 Climate Action. Two categories for the competition were created:

Category 1 sponsored by GRUNDFOS, and

Category 2 Sponsored by IoT-LSP Initiative with lead projects such as ACTIVAGE, SYNCHRONICITY and VICINITY.

11 teams worked for 24hrs, brainstorming, coding, engineering and imaging how the world, following the UN Sustainable Goals, could be better for future generations, using new IoT ideas and solutions. Participants had also access to IoT hardware thanks to SYSTEMATIC, a hardware provider company that also sponsored the hackathon.

The winning team of the IoT Week 2019 hackathon was the EFFECTIVE CRICKETS team, who received the 25000 DKK (3,333.33 Euro) prize. They proposed an innovative disruptive-idea to reduce our carbon footprint and at the same time reduce food waste by replacing veal consumption with crickets that, according to scientific studies, contain the same or even greater amount of protein and calories that veal does. In terms of IoT technology and the prototyped demonstrated solution, they implemented an image recognition system that detects and counts the number of crickets in a specific area, and their size and maturity level by their colour. The objective is to detect readiness for consumption. For cricket farms, sensors and actuators will act as the indicators that the crickets are ready to be collected for consumption.

Two more awards were given in this year’s IoT Week 2019 hackathon, created as two categories for participation:

Category 1 – The GRUNDFOS award went to the GREEN Spot Team addressing the UNSG 03, aimed at providing an innovative water and sanitation solution.

Category 2 – The LSP-Projects award went to the team Urban Air who addressed the UNSG 03, aimed at reusing technologies from the ACTIVAGE project.

Three more special-mention awards were given away in the closing ceremony of the IoT Week hackathon. The team AQUARY was awarded for the best idea, the team GIW received the Best Innovation Award and the team Footprint-4-The-Day received the best business Idea award.